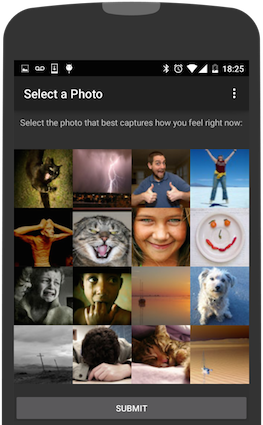 Up until now, affect has been difficult to measure. Patients have been required to complete lengthy and cumbersome questionnaires, and those questionnaires only capture the person’s emotional state ‘in that moment,’ even though their affect is ever-changing.

JP Pollack and the Cornell Interaction Design Lab created a mobile app, called PAM (Photographic Affect Meter,) as a more ongoing, seamless way to capture people’s emotional state. The PAM app asks users to choose from a set of photographs, intending that the photo they choose should represent how they feel in that moment. The output of this selection is a ‘positive’ or ‘negative’ affect value, which has been validated in multiple trials and shown to be an effective alternative to the longer-form surveys. Users can get reminders to record how they feel at certain times.

The team needed the user’s ‘affect value’ to be available to clinicians, so that they could better care for their patients and understand their emotional state; but they didn’t want to have to create their own API to share the data. Instead, JP and the team drew upon Open mHealth’s infrastructure to more quickly and easily create a way to push data from the PAM apps into an Open mHealth-compliant server.

PAM has now been used by at least 50,000 people and has been a part of several clinical trials. Interested in learning more? You can find the PAM code on github. 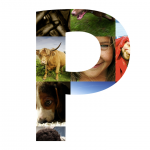